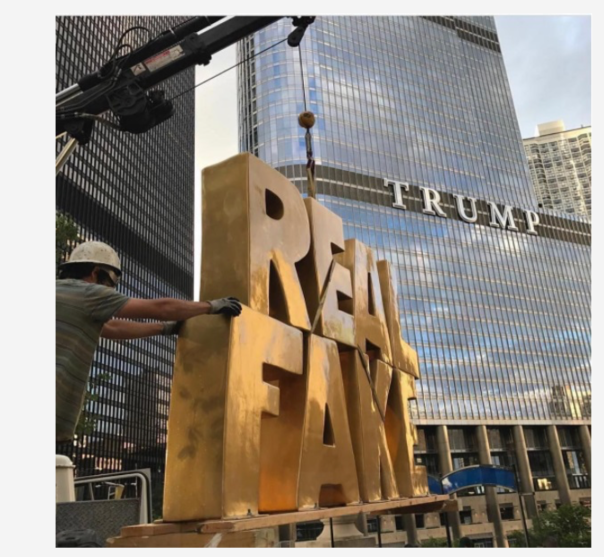 “The Chicago Department of Cultural Affairs and Special Events (DCASE) has just placed a six-foot-tall sculpture outside Trump International Hotel and Tower in Chicago that says “REAL FAKE” in metallic gold, uppercase letters.

Trump frequently likes to use the term ‘fake’ himself when lashing out against critics and media pundits who don’t agree with him. Looks like he was just outplayed. Our bet is, he’s not going to like this one bit.

The sculpture was created by Chicago-based artist Scott Reeder and he is loaning it to the city to put there as part of their Year of Public Art program.

Interestingly enough, the statue has been up since Monday but since then Trump has come under fire for hanging up ‘fake’ Time Magazine covers of himself at several of his golf clubs to make himself look more important. Time Magazine sent out a request asking him to take them down since they’re not real.”